In 2009, Cristy realized there was a simple way to help the development of children around the world. With her parents’ encouragement, she founded Toothbrushes for Toddlers.

She started blogging, distributing her ideas to anyone who could find her writings on the Internet. Until the early morning, she would send emails to organizations throughout the country, informing them of her new mission and requesting donations. She even submitted her story to Oprah Winfrey’s Angel Network. It was chosen and featured on the organization’s website.

She wasn’t asking for money, but rather donations of one-, two- or three-dozen toothbrushes — more if the donor was able. When the first donation came in, she felt like a small barrier had been torn down.

As donations began to come in, Molter began to research shelters, orphanages and other organizations. She emailed them, asking if they needed toothbrushes. Only one has declined.

With her own money, she began shipping donations worldwide. People in Minnesota, Texas, Georgia, North Carolina, Virginia, Colorado and Florida have received donations from Toothbrushes for Toddlers, as have shelters and orphanages in Africa, Mexico, Haiti, Cambodia, Honduras, Sri Lanka and the Philippines.

According to Molter, more than 7,000 toothbrushes have been donated. Donors include the University of St. Thomas in Minnesota and United Healthcare.

As a non-profit organization, Toothbrushes for Toddlers (T4T) work to support and serve communities in need by providing personal oral care tools and promoting proper dental care. We work relentlessly to make sure that children and families in need have the means to take care of their oral health and prevent potential fatal diseases.

Molter’s goal is to establish a nonprofit and eventually incorporate toothpaste and floss with the donations. She’d also like to arrange for dentists to provide free cleanings. 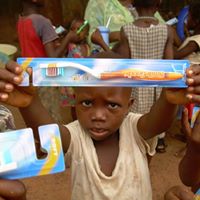 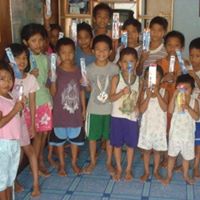 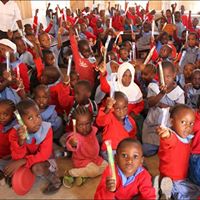